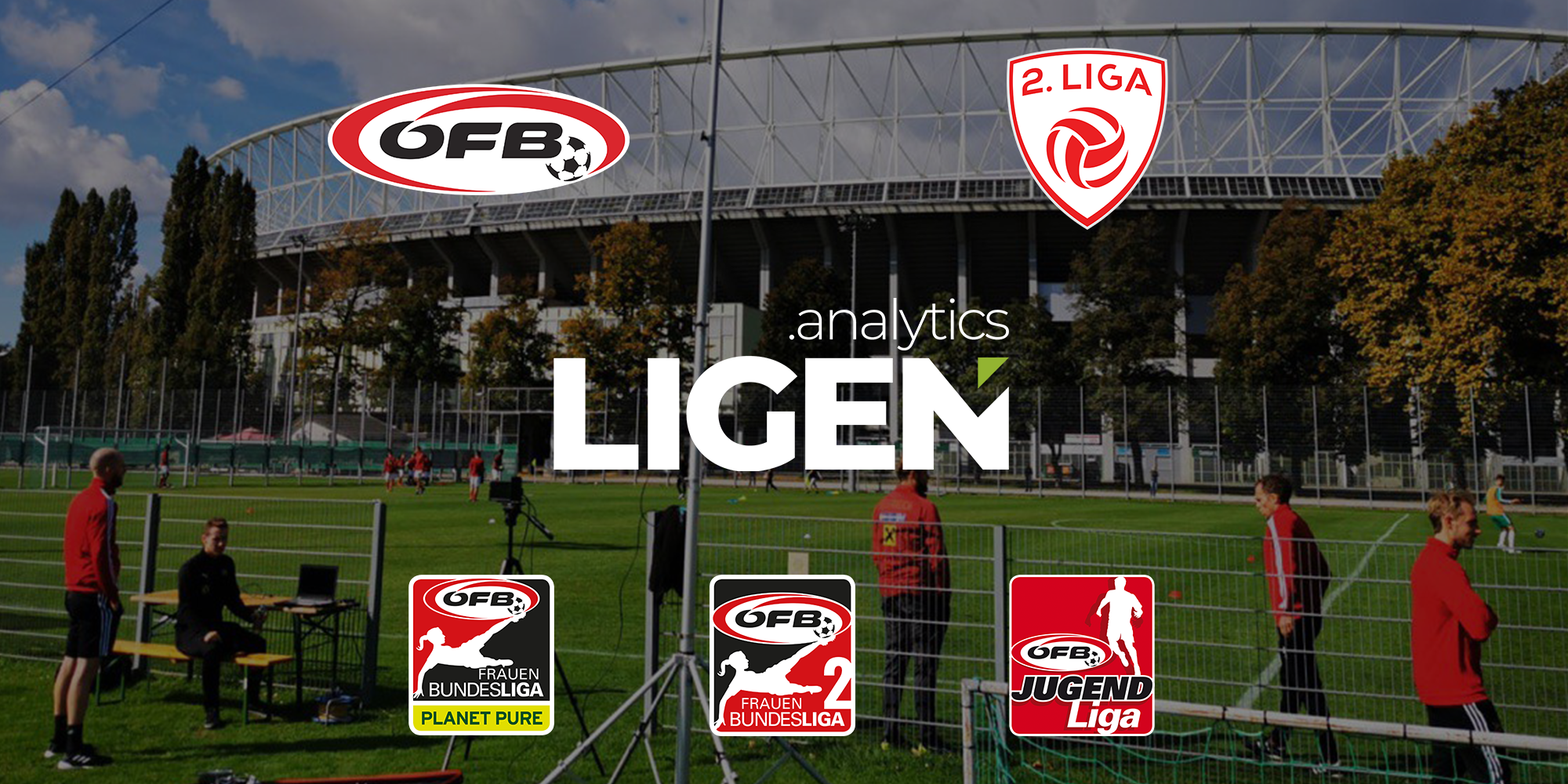 Successful expansion of partnerships in Austria with ÖFB and ÖFBL

LIGEN.analytics is the official analysis partner in Austria for the 2. Liga, Planet Pure Women’s Bundesliga, ÖFB Youth League as well as the women’s national team and national youth teams.

Both the Austrian Football Bundesliga (ÖFBL) and the Austrian Football Association (ÖFB) have engaged the services of LIGEN.analytics for multiple competitions. In addition to the extension of the analysis partnership in the 2. Liga (ÖFBL), the ÖFB Youth Leagues (Under-18, Under-16 and Under-15) and Women’s Bundesliga are also included as part of the agreement (ÖFB).

All partnerships incorporate the production of a scouting-feed, as well as league-wide data collection and analysis as part of LIGEN’s contextual analysis concept with a team-tactical focus. In the ÖFB Youth League this is further complemented by extensive player analyses, which showcase individual players within the context of their team, tactics and individual performance. Moreover, newly-developed mobile high pods will be utilised at all academies for the scouting-feed production. With a height of over 7 metres and the use of gimbal technology atop each installation, smooth camera movement and a perfect view of the pitch are guaranteed. Analysts can even capture the video signal live during games.

All 16 clubs in the 2. Liga unanimously agreed to extend the contract. David Reisenauer (Director of Match Operations at the ÖFBL) commented: ”The Austrian Football Bundesliga can look back at a long and successful cooperation with LIGEN.analytics and we value them as a dependable partner. Their consultation in the field of match analysis is particularly valuable for us.“

The existing contract was also extended in the Planet Pure Women’s Bundesliga. Isabel Hochstöger (Head of Women’s and Girl’s Football at the ÖFB) remarked: ”Thanks to the close and trustful partnership with LIGEN.analytics, the Planet Pure Women’s Bundesliga has succeeded over the past two years in achieving the next significant step in its development. With the innovative analytical possibilities provided, the clubs have gained a further tool to aid their sporting development.“

In the ÖFB Youth League the partnership was resumed after a one-year break and a new three-year agreement was reached. Furthermore, the support of Austrian youth football continues to incorporate the Under-14 National Championship of Boys and Girls, in which state teams compete against one other. Stefan Oesen (Head of Match Analysis ÖFB) commented: ”The ÖFB can, in the form of LIGEN.analytics, continue to build on a long-time partner who are defined not only by the quality of their scouting-feed, which forms the basis for all match analysis, but also by their contextual analysis. This quality adds significant value not only for the youth leagues that the ÖFB oversees, but also for our national teams.“

At national team level, LIGEN works with the ÖFB in the shape of the women’s national team as well as all youth teams of the men and women combined. It is planned to further expand the partnership with LIGEN.analytics in the future in order to develop a systematic and sustainable analysis partnership.

Umberto Gruber (Head of LIGEN Austria)”In Austria we fully embody our motto ’more than just service providers‘ and the clubs highly appreciate this. We are very proud to be extending our existing leagues and to have also earned the trust in our expertise and quality in both the youth leagues and in the Women’s 2nd Bundesliga. We are already looking forward to next season where we will give everything to support our partners in all analytical aspects.“