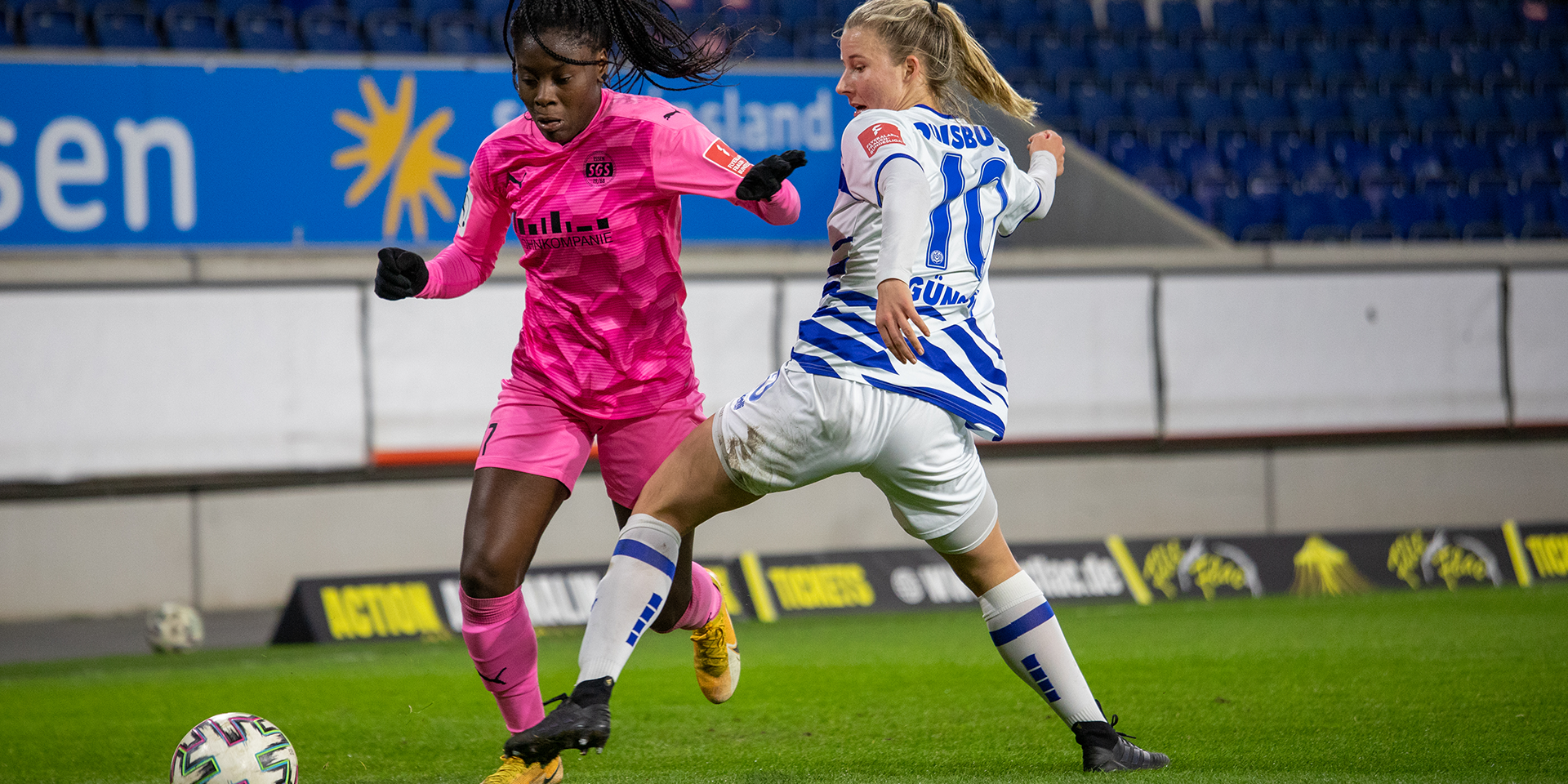 The final four matchdays of the FLYERALARM Women’s Bundesliga will be streamed live on DFB-TV – as produced by LIGEN.entertainment.

Since matchday 13, LIGEN.entertainment has been able to produce numerous games on behalf of several clubs in the FLYERALARM Women’s Bundesliga and stream them live on their own club TV platforms. For the final four matchdays, the German Football Association (DFB) has decided to broadcast all games on DFB-TV as a singular central platform and to commission LIGEN.entertainment with the production.
This means that all games in the final phase of the season in the fight for the title, Champions League qualification and survival will be streamed live on the association’s very own video platform – providing they are not otherwise viewable on Magenta Sport, Eurosport or public broadcasters. This guarantees fans the opportunity to witness all games from matchdays 18, 20, 21 and 22. The 19th matchday had already been brought forward and was played in February.

“As a production company, we are very happy to be able to realise the majority of games in the exciting end spurt of the season live on behalf of the DFB and to give the FLYERALARM Women’s Bundesliga the visibility this attractive league deserves.” says LIGEN managing director Timo Luippold.

In the current 2020/2021 season, a new scenario emerged with the turn of the year and the ongoing corona situation. For the first time, thanks to an agreement with Telekom, which, together with Magenta Sport as the main partner of the DFB, holds the broadcasting rights to the matches of the FLYERALARM Women’s Bundesliga, the clubs were given the opportunity to broadcast their matches live on their own club TV channels and to independently organise the production. Selected top games can still be seen on Magenta Sport. The Friday games are also shown on Eurosport.
With VfL Wolfsburg, SC Freiburg, SV Werder Bremen, MSV Duisburg, TSG Hoffenheim, Bayer 04 Leverkusen and Eintracht Frankfurt, the majority of the league relies on the live-streaming productions of LIGEN.entertainment to make it possible for the fans to cheer their team on in real time.

LIGEN.entertainment’s live-streaming journey in the FLYERALARM Women’s Bundesliga began in April 2020 when it was decided to resume games following the corona break and the DFB and Magenta Sport agreed on the transmission of all matches. A first in the history of German women’s football. LIGEN.entertainment was commissioned by Magenta Sport with the live-streaming production of all matches in the final five matchdays, including rearranged fixtures.

In close cooperation and coordination with DFB partner Telekom, the visibility of the FLYERALARM Women’s Bundesliga has in this way been significantly increased in the last two seasons.

LIGEN.entertainment’s preparations are already in full swing in order to offer viewers and fans attractive broadcasts on DFB-TV. The staff involved are awaiting the final phase of the season with great anticipation.

LIGEN.entertainment is becoming ever more established and professional in the field of ​​live-streaming productions. The broadcasts are executed with up to four cameras and provide an editorial supporting programme that includes presentation, commentary, pre-match coverage, half-time shows, interviews and post-match analysis.